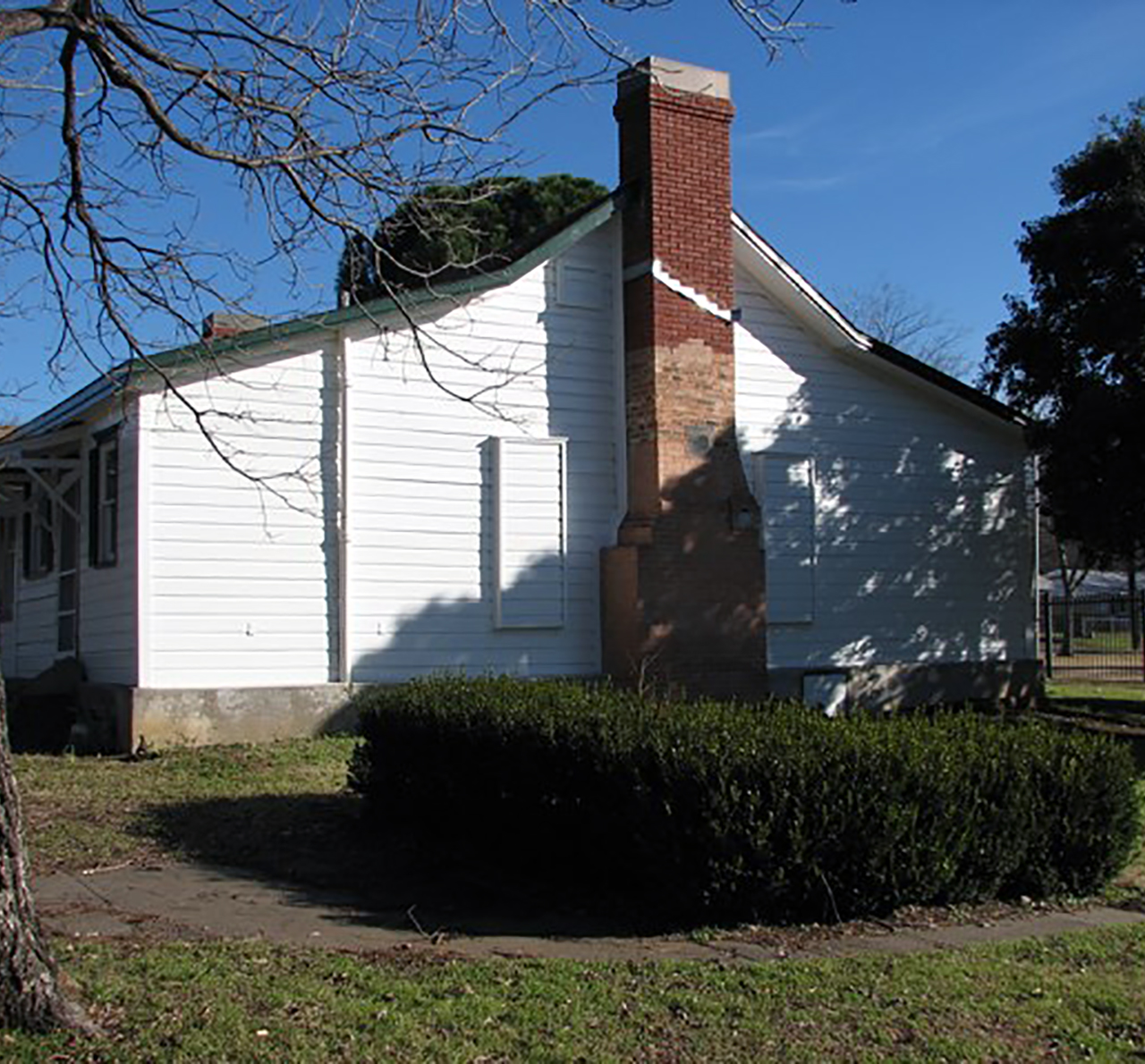 As quoted from the historical marker:

“Built about 1860 of hand-hewn logs from bottomland of the Trinity River. The builder, David Jordan (1808-1879), came to Texas about 1859, moving his household by wagon from Tennessee. A farmer, he also kept a store and a stage stand on the Dallas-Fort Worth Road.

At that time, Indian raids were frequent, and the outlaw Sam Bass was suspected of committing an 1860 hold-up here.

In 1886, Victor Bowles bought the property, which remained in his family for 65 years. Miss Minnie Bowles remodeled the house in 1948, and in 1951, donated it to the city. It is now a museum and meeting place.

The City of Grand Prairie City Council realized the significance of the property to the history of Texas and Grand Prairie. However, having a minimal source of funds limited the work to stabilization and repair. After completion of the restoration and stabilization work, the city has closed the building until such time as sufficient funds are acquired for an appropriate and proper restoration and occupancy." 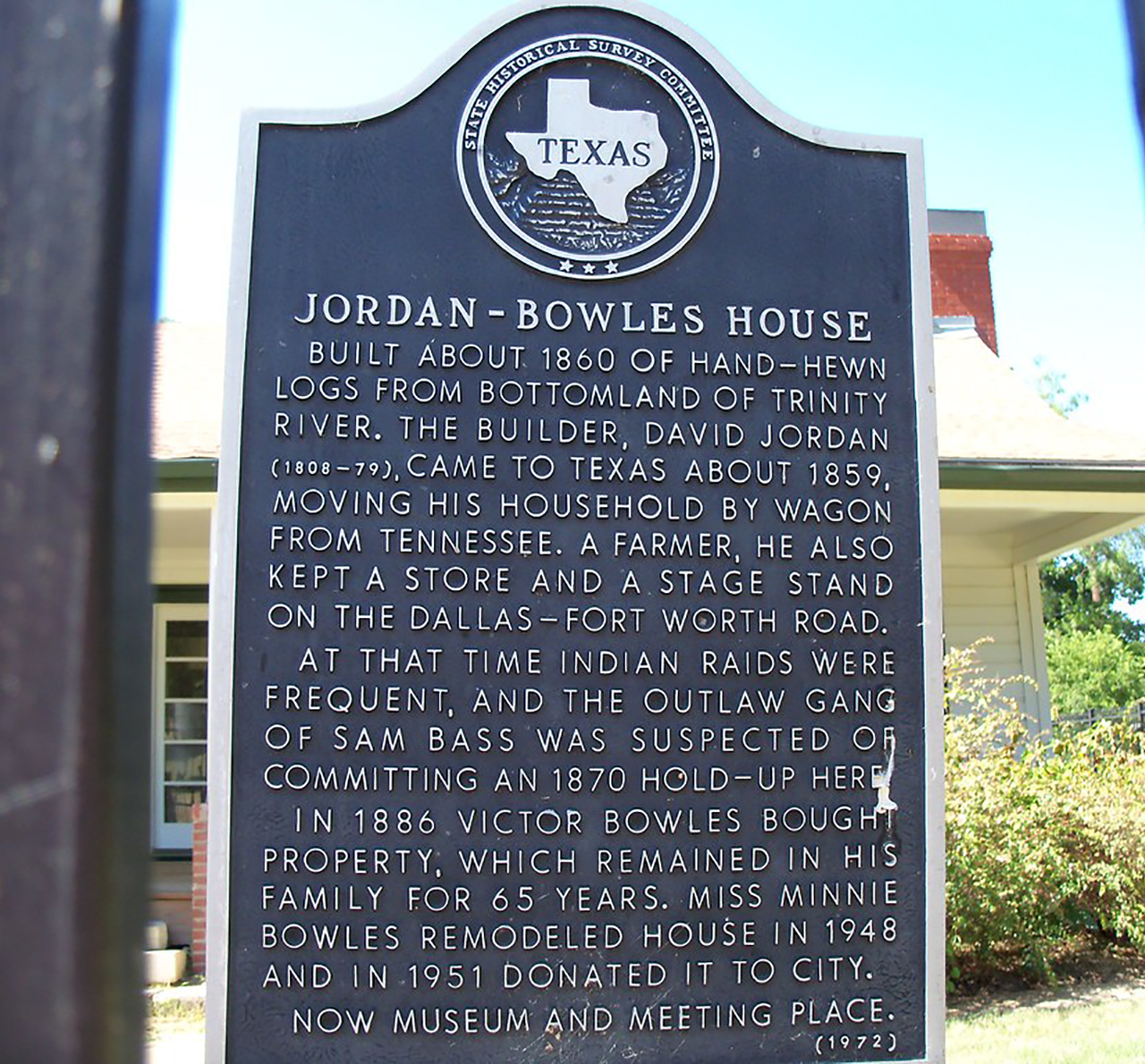