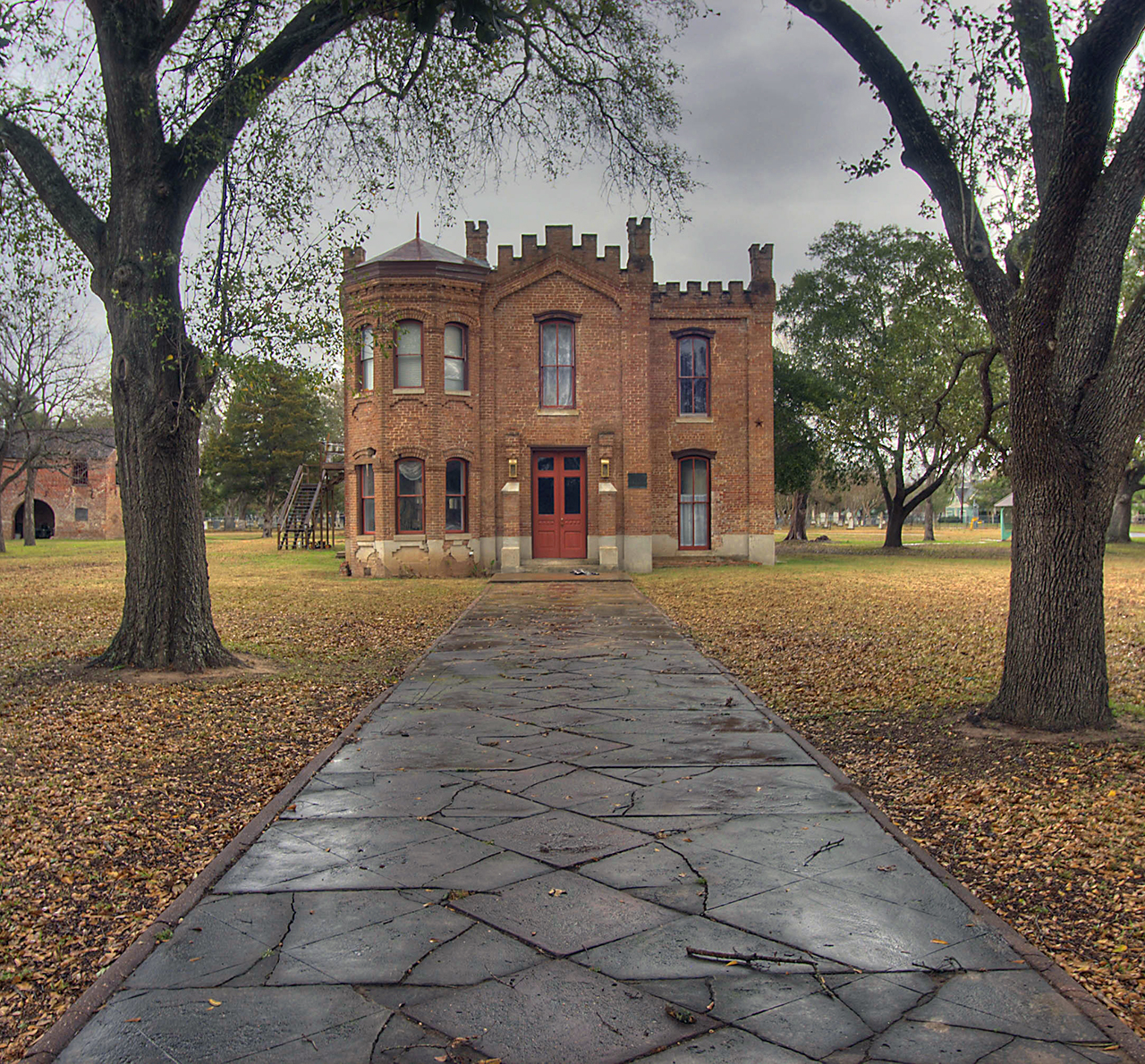 As quoted from the historical marker:

After Calvert became the county seat in 1870, leaders commissioned St. Louis architect W.P. Ingraham, in 1875, to design build Robertson County’s first courthouse and jail which opened June 1, 1876; but before its completion, Franklin was named county seat in 1879 and served the needs of the county until 1880.

Robert A. Brown, a merchant, investor, and planter, purchased this building in 1885. With the help of his wife, Lucy Herndon Brown, he made it into a residence. In 1909 his heirs sold it to Mrs. Fannie L. Hammond, who in turn, sold the house to her daughter, Susie Hammond Norton, in whose family it remained until 1966 when it became a museum. In September, 1995, the Calvert Chamber of Commerce deeded the Hammond House to Mrs. Hammond’s grandson, Mr. Bill Norton.

Now known as Ingraham Castle Bed and Breakfast, The Hammond House is owned and operated by Dennis and Rebecca Joyce.